Have you ever wondered about the nature of witches? Be they modern or historic, witches never fail to compel us — to curiosity, to reverence, to awe or fear. Even now, why is that? Nancy Hayes Kilgore’s powerful new novel, BITTER MAGIC (Milford House, an imprint of Sunbury Press), is based on the life of Isobel Gowdie, who confessed to witchcraft in Scotland in 1662. During this time, witches were burned at the stake, but the historical record is inconclusive about what actually happened to Gowdie. Kilgore’s story springs from that silence to imagine what Gowdie’s fate might have been. BITTER MAGIC is told by Isobel herself and also by Margaret Hay, a fictionalized seventeen-year-old noble woman. When Margaret stumbles across Isobel one day, it seems as though Isobel is commanding the dolphins in the ocean to jump. Margaret is enchanted. She becomes interested in Isobel’s magic, in fairies, and in herbal remedies; Isobel freely shares her knowledge. While Margaret worries that being around Isobel could be dangerous, she also respects Isobel’s medical successes and comes to believe that acknowledging the efficacy of herbal remedies or believing in fairies does not challenge her Christianity. But Isobel believes in more than cheery fairies and herbal medicine. She has dark wishes as well, unknown to most people. Isobel seeks vengeance against the local lord who executed her mother for witchcraft. More important, Isobel’s trance experiences (or are they dreams?) lead her to confess to a wide range of sins, including consorting with the devil. Then, during her trial, Isobel names thirteen others, calling them all witches. To her great shock, Margaret hears her own name. Can her tutor, a Christian mystic named Katharine, save them? In this gripping and beautifully written tale, Kilgore’s characters debate whether Gowdie is fantasizing or a real witch, and whether young Margaret and the others are complicit. But their debate soon expands to consider the effects of Isobel’s poverty, being powerless, and ultimately the very nature of faith and forgiveness. Drop In with us for a spirited conversation with Nancy Hayes Kilgore! 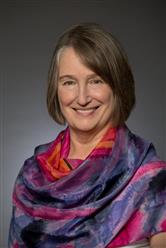 Nancy Hayes Kilgore, winner of the Vermont Writers Prize, is the author of two other novels, Wild Mountain (Green Writers Press, 2017,) and Sea Level (RCWMS, 2011,) a ForeWord Reviews Book of the Year. She has published in a She Writes Press anthology, in Bloodroot Literary Magazine, Vermont Magazine, The Bottle Imp, and on Vermont Public Radio. Nancy is a graduate of the Radcliffe Writing Seminars and holds a Master of Divinity degree and a Doctorate in Pastoral Counseling. She is a former parish pastor, a psychotherapist, a writing coach, and leads workshops on creative writing and spirituality. Find her online at nancykilgore.com. Drop In — we’ll have a multi-layered conversation of witches and spirits!