Family devotion & compassion: Alma Cruz wishes her willful teenage daughter, Luz, could know the truth about her past, but Luz can never know about the journey Alma took to the US to find her missing father when she was a young woman. Alma’s father knows her better than anyone else, encouraging her love of math and her dreams of becoming a teacher, so when he disappears in 1997 after leaving Oaxaca to work on farms in California, a part of her is lost as well. After three years of poverty, Alma and her sister Rosa set out on a perilous trek north to find their father. Along the way, Alma discovers first love and encounters both kindness and profound cruelty. What happens once she reaches the US is a journey from despair to hope. A connection to her father’s past, the truth about a hidden letter, and her determined search to find farmworker-champion Dolores Huerta all help Alma move forward as she finds answers and gains the strength that she needs to begin a new life in Los Angeles. 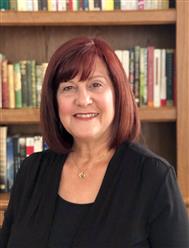 Originally from upstate New York, debut novelist Debra Thomas has lived in Southern California for most of her adult life. She holds both a bachelor’s and a master’s in English from California State University, Northridge, and attended the UCLA Extension Writers’ Program. She has taught literature and writing at a Los Angeles public high school and English as a Second Language to adults from all over the world. Her experience as an advocate for immigrant and refugee rights led her to write Luz. It was published by She Writes Press in June, 2020 and has won numerous awards for fiction, including The Indie Book Award; it was a finalist for the International Book Award, and was the Pulpwood Queens Book Club choice. Thomas is currently at work on her second novel. Join our conversation with Debra on Dropping In — it’s bound to be thought – provoking!