Have you ever wondered what goes into the making of tennis champions like Serena, Venus, and Naomi? The answer would surprise you. Tennis presents obstacles to people of color, starting with proximity to tennis courts. Are there public tennis courts in neighborhoods around New York City, Chicago, Houston, Miami? Drop in with author Cecil Harris to find out the intricacies both personal and systemic of navigating the tennis circuit. Different Strokes chronicles the rise of the Williams sisters, Venus and Serena, as well as other champions of color, closely examining how African Americans are collectively faring in tennis, on the court and off. Despite the success of the Williams sisters and the election of former pro player Katrina Adams as the U.S. Tennis Association’s first Black president, top Black players still receive racist messages via social media and sometimes in public. The reality is that while significant progress has been made in the sport, much work remains before anything resembling equality is achieved. The days of tennis as a country club sport for the aristocracy have long passed, as have the pre-Open era days when black players faced long odds just to be invited to the four Grand Slam events. An entire generation of sports fans has grown up seeing Venus and Serena Williams as the gold standard in American professional tennis. Although the Williams sisters have done more than any other players to make tennis accessible to a diverse population, it’s not as if the tennis revolution is over. When you watch tennis next, take a close look at the umpire, the person sitting in the high chair of authority at courtside. Look at the tournament referee and the tournament director, the officials who run the tournament. In those seats of power and influence, blacks are still woefully underrepresented. Take a tour behind the scenes with Cecil Harris in this pre-recorded episode of Dropping In. Right now, Cecil has his keen eye trained on the Australian Open and what happens next! 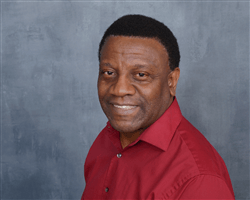 Cecil Harris has written on sports for The New York Times, the New York Daily News, Newsday, the New York Post, The (Raleigh) News & Observer, The Indianapolis Star, The Sporting News, The Hockey News, the Associated Press, and USA Today. He has covered such major events as the Summer Olympics in Atlanta; the World Series, League Championship Series, League Division Series, and All-Star Game (baseball); the Final Four and NCAA championship game (college basketball); the NBA playoffs and NBA finals (pro basketball); the Orange Bowl and Army-Navy game (college football); the NFL playoffs (pro football); the New York City Marathon and NYC Half-Marathon (distance running); the Millrose Games (track and field); the Brickyard 500 (auto racing); the Stanley Cup playoffs and All-Star Game (hockey); and the U.S. Open and WTA Championships (tennis). He appeared as an authority in the 2019 CBS Sports documentary, Althea & Arthur, about tennis Hall of Famers Althea Gibson and Arthur Ashe; the 2018 hockey documentary, Soul on Ice; and the 2011 documentary, A Perfect Match, about Gibson and her Wimbledon-champion doubles partner Angela Buxton. His fourth book, Different Strokes: Serena, Venus, and the Black Experience in Professional Tennis, was published in February 2020 by University of Nebraska Press. He also contributed to the anthology, African Americans and Popular Culture (Praeger, Connecticut, 2008). He graduated summa cum laude from Fordham University and lives in Yonkers, NY.