Encore Invisible Enemy: How Miriam Feldman’s Son Morphed through Mental Illness in He Came In With It

The Marriage Pass: Briana Cole on How Sex in Open Marriage Works!

Encore Invisible Enemy: How Miriam Feldman’s Son Morphed through Mental Illness in He Came In With It

Miriam and Craig are both artists and their four children carry on the legacy. When their teenage son, Nick, is diagnosed with schizophrenia, a tumultuous decade ensues in which the family careens permanently off the conventional course. Like the ten Biblical plagues, they are hit by one catastrophe after another; violence, evictions, arrests, a suicide attempt, a near-drowning, even cancer and a brain tumor play against the backdrop of a wild teenage bacchanal of artmaking and drugs. With no time for hand-wringing, Miriam advances, convinced she can fix everything. This is the story of how mental illness unspools an entire family. As Miriam fights to reclaim her son from the ruthless, invisible enemy, we are given an unflinching view into a world few could imagine. He Came In With It is the legacy of, and for, her son Nick. Witness the story of Miriam, Craig, Nick & their family when the unthinkable, that could happen to anyone, happens to them. Drop in to the conversation ~ 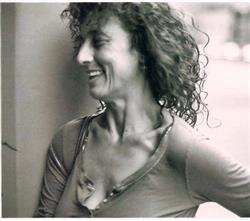 Miriam Feldman is an artist, writer, and mental health activist who splits her time between her Los Angeles studio and her farm in rural Washington state. She has been married to her husband Craig O’Rourke, also an artist, for 34 years and they have four adult children. Their 33-year-old son, Nick, has schizophrenia. With an MFA in painting from Otis Art Institute, Miriam founded Demar Feldman Studios, Inc., a distinguished mural and decorative art company, in 1988. At the same time, she built a strong career as a fine artist, represented by Hamilton Galleries in Santa Monica, CA. She serves on the advisory board of Bring Change 2 Mind, the nonprofit founded by Glenn Close, and writes a monthly blog for their website. Miriam is active in leadership at NAMI Washington and writes for their newsletters. She is a frequent guest on mental health podcasts. He Came In With It is her first memoir, published in June, 2020 by Turner Publishing Company & represented by Spark Point Studio