Join us as we open the escape hatch from national news headlines to enter a place of imagination, mystery, suspense, and finely drawn characters riddled with motives both hidden and all too obvious. Drop In with Fay Snowden, creator of: Raven Burns spent a lifetime running from the sins of her father, notorious serial killer Floyd “Fire” Burns. Now a Louisiana homicide detective, Raven is still running, because Floyd’s voice is always in her head, shadowing her steps, reminding her of who she is and where she came from. Not that anyone would ever let her forget. Distrust of Raven’s background runs deep in the small Louisiana town that remembers Floyd well and the ritualistic murder of a local socialite fuels the fire, giving many the ammunition they need to see her gone, including those in her own department. With her badge on the line, Raven hunts for the killer, finding clues that make her question if this is more closely tied to Floyd Burns than even she’s willing to admit. 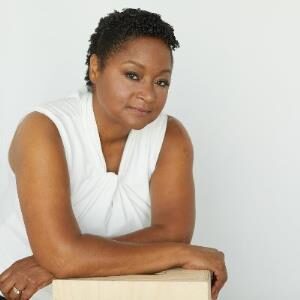 Faye Snowden is the author of three published mysteries with Kensington— Spiral of Guilt (1999), The Savior (2003, 2004) and Fatal Justice (2005, 2006). She has published short stories and poems in various literary journals and small presses including The African American Review, Calliope, Red Ochre Lit, Bay Area Poets Coalition and Occam’s Razor. A new book, A Killing Fire (Flame Tree Press) was released in August, 2019. The sequel is underway. Faye is also a member of Mystery Writers of American, and serves as secretary to national Sisters in Crime. Aside from her publications, she also managed two boys, a husband, five dogs and three writing fellowships over the years. Today, Faye works and writes from her home in Northern California. Drop In with us to learn the inner workings of the mind of a crime/ mystery writer who transports us to a dark world — a relief from daily reality. Her tales take us away to another place and paradoxically, bring us peace.