The Creative Formula: Compose, Choreograph, and Capture Your Masterpiece Do you feel frustrated or hopeless because you know there’s great work inside of you, but you can’t seem to get it out of your head and onto the stage? This book can help…. Another resource? Holly’s podcast on Voice America! An entrancing look at the world of performance and creativity. Learn about the neuroscience of the “it” factor, listen to artists who channel ghosts to create their work, and hear firsthand from a booking agent about how to promote yourself as an artist. Host, Holly Shaw, a hypnotherapist and performance coach to Emmy award winning and Grammy nominated artists, includes spotlight coaching sessions, the “open channel game” where guests go into trance and answer questions, and wildly far-out conversations with musicians, actors, choreographers, and influencers on this podcast. We uncover the common threads between you, your creativity, and the process that can reveal the whole undiscovered continent, where you really live. 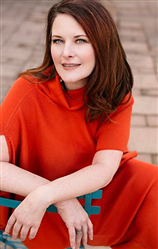 Holly Shaw is an author, stand-up comedian and hypnotherapist who just released her second book, Making Art In the Middle of Madness, a book that has been hailed as a “vital reminder and re-envisioning . . . a beautiful, witty and relevant message for us right now.” (Dan Cantrell, Emmy award winning composer). She’s actively looking for interviews in order to spread the word and hopefully help more people navigate the fear they feel in the middle of this pandemic, the environmental conditions and political upheaval we find ourselves in. Ron Roecker, award winning PR strategist has commended the book: “If you’re a creative in the era of COVID, this book is your survival guide.” Before becoming a coach and hypnotherapist, Shaw has spent a lifetime on film, TV and on stages all over the world as an actor and dancer and stand up comedian. Her first book, The Creative Formula became an Amazon bestseller shortly after it was published in 2016. Now, she’s helped thousands of performing artists, some of them Emmy Award winning and Grammy nominated, overcome bad habits, stage fright, impostor syndrome, and creative blocks so that they can create the work they were born to make and become undeniably magnetic performers. She is a regular teacher at SAG/AFTRA’s conservatories in SF and LA and Host of the award winning, Performers & Creators Lab Podcast. Drop In with us to discover the genius within courtesy of this creative polymath!