The Shoebox Effect Marcie Keithley’s shoebox contained a secret, one she kept for decades, one released when her shoebox was unexpectedly revealed in a moment of grief. A flood of memories and emotions were unleashed when the lid was knocked off. No longer able to deny what she had sequestered away in her closet and in her spirit, the revelation created challenges for Marcie, but it also did something positively unexpected. Releasing the truth began a cascade that resulted in a freedom Marcie did not know was possible. The Shoebox Effect gives you the steps you need to face your truths, heal your past and find the freedom you deeply desire. You’ll see how you can transform your pain into purpose and fortitude so you can embrace and live to your fullest potential. As a result, Marcie Keithley is a co – founder of this organisation NAAP, that can help unlock your potential if you are part of the adoption mosaic. OUR STORYThe roots of the National Association of Adoptees & Parents began in 2009 when Pam Kroskie and Marcie Keithley joined forces in an effort to unseal Indiana’s closed adoption records. In 2015, Hoosiers for Equal Access to Records (HEAR) a 501(c)4 non-profit organization, was formed dedicated to educating legislators and the public about the importance of original birth certificate (OBC) access for adult adoptees, and mobilizing those touched by adoption to stand up for their rights. In 2016, upon the passage of SEA91, HEAR formed Indiana Adoptee Network, Inc. (IAN) a 501 (c)3 non-profit organization when it became clear that the education/awareness of state’s lawmakers and the general public around adult adoptee matters was limited. Over the course of four years, IAN was able to build a nationwide network allowing them to impact education, attitudes, and legislation through their alliance with other nonprofit organizations, annual conferences, newsletters, social media, and webinars. #Author #LifeStoryCoach | Host of #AdoptionHappyHour #PersonalDevelopmentJunkie #DoodleMom #ShoeBoxSherpa 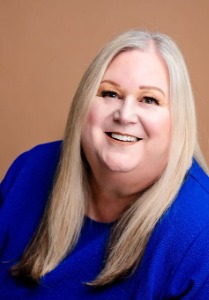 Marcie J. Keithley, Co founder and President, is a retired Vice President of Retail Bank Management and was also a licensed securities and insurance representative serving the financial community for over 32 years. Her background includes sales, management, operations, team development and leadership. She has served on a variety of boards during her career such as Habitat for Humanity, United Way, Kiwanis International and Executive Director for her local Chamber of Commerce. A birthmom in reunion since 2008, she co founded Indiana Adoptee Network and testified multiple times throughout the years in support of OBC access for the sister organization, H.E.A.R. Hoosiers for Equal Access to Records where she served as Vice President. She also hosts a weekly Friday night virtual event, Adoption Happy Hour, with global attendance from the adoption constellation. Keithley is the author of The ShoeBox Effect, Transforming Pain Into Fortitude and Purpose as well as the co author of Frankie and Friends Talk Adoption. She is a director for Women’s Writes Publishing and Author Services that gives voice to inspiring women authors and resides in southern Indiana along the banks of the Ohio River.