When You Look Like Us: Pamela N. Harris & Being Black in America

Prozac Monologues: A Voice from the Edge with Willa Goodfellow 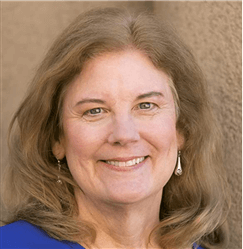 Dori was among the first American correspondents to cover China’s transformation from Maoism to modernization. Her deeply personal memoir follows her rise from rookie reporter to experienced journalist. She reveals details of her cross-cultural romance and marriage, which gave her deeper insights into how China’s reforms led to hopes for better lives among ordinary people. This euphoria reached its peak in 1989, when peaceful protesters filled Tiananmen Square, demanding democracy. On the ground in Beijing, Dori lived that hope, as well as the despair that followed. After Tiananmen, she returned to America yet continued to visit her husband’s relatives in China as the country resumed its growth. Published in 2020, when China’s rapid rise began setting off fears in Washington, her memoir offers insight into the daring policies that started it all—and perspective on what Chinese people really want. This is a memoir of China’s reawakening. Drop In with us to explore the antecedents of today’s tensions and the rhetoric that has brought it about. You’ll find the healing influences of first hand knowledge of this culture and the special time frame during which the author worked, traveled, befriended both ordinary and extraordinary citizens, made a marriage, and became very much a part of the place. Her observations, insights, and impressions will open the lens on a country with which we, outside its territory, are usually only on headline terms. We’ll drop In to learn, live, find the intellectual, political and economic context, and finally, the highly personal and human emotional content. Website: dorijonesyang.com

An award-winning author, journalist, and speaker, Dori Jones Yang worked for eight years in the 1980s as Hong Kong bureau chief for Business Week, covering China during its pivotal years. Educated in history at Princeton and in international relations at Johns Hopkins, she has written eight books, including her memoir of her years in China, a best-selling business book about Starbucks, two historical novels, and two award-winning novels about Chinese children in America. From her current base near Seattle, she also worked as West Coast technology correspondent for U.S. News and World Report. Fluent in Mandarin Chinese, she has traveled throughout China over forty years and spoken about her books across the United States.